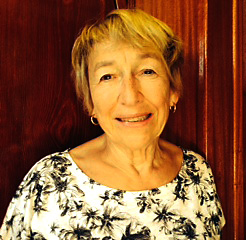 This means cutting through the knot of justifying the licence fee by trying to satisfy all viewers all of the time while in competition with commercially-driven operations. Indeed it means turning the much hated idea of the market failure option on its head. The goal should be to define what needs to be added to all the other broadcasting offers. This is not easy stuff but the BBC is the organisation best placed to try and shape the answer in its own interest –  and ours.

Anne Lapping is a documentary producer and Director of Brook Lapping