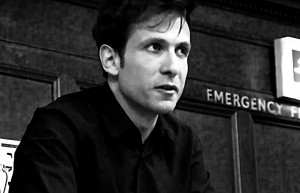 At the heart of the BBC’s remit is a commitment to representing diverse views and perspectives. This is often articulated through the doctrine of impartiality, according to which the BBC does not express its own opinions but gives voice to as wide a range of opinion as time and resource constraints will allow. In recent times, the BBC has sought to re-articulate the scope of impartiality beyond the ‘seesaw’ and towards the ‘wagon wheel’. But all too often, impartiality veils an ideological underpinning in the BBC’s reporting. Whilst the right wing press routinely accuse the BBC of harbouring a ‘liberal’ bias, empirical evidence tends to suggest the opposite. From coverage of industrial conflict, the Iraq War, Israel-Palestine, to the last general election, the BBC has exhibited a consistent tendency to endorse conservative and elite viewpoints in the final analysis.

There are important exceptions to this rule. When punk veteran PJ Harvey guest edited the Today Programme in 2013, the Murdoch-Mail press erupted in predictable uproar against the airing of views by such ‘extremists’ as Julian Assange and John Pilger. MPs dutifully joined the chorus of attack, in spite of the programme attracting just 37 complaints from members of the public. Leave aside the fact that conservative or right-wing guest editors provoke no such clamour for apologies. The opening up of one of the BBC’s most influential and popular news programmes to external editorial control offers an innovative and powerful demonstration of its commitment to diversity and inclusiveness. It enables people from outside of the institution’s norms and day-to-day pressures to offer a fresh take on news and current affairs and challenge conventional wisdoms, definitions and boundaries of the news agenda.

But it should not be limited to a single festive week or to the ‘pull’ of celebrity. Nor should the ‘range’ of representation be determined solely by the BBC itself. It would be simple and effective to establish an online voting system to allow at least some guest editors to be nominated and chosen by the public. In setting aside regular editions of the programme for guest editors throughout the year, the BBC will be able to include a much wider range of perspectives and subject its own news values to meaningful and persistent scrutiny.

Justin Schlosberg (@jrscholsberg) is a lecturer in journalism and media at Birkbeck College, University of London