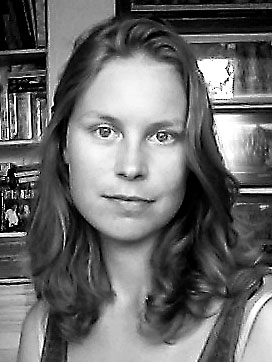 Tony Hall has just pledged to make the BBC “the greatest cultural force in the world”. Yet look at the dramas we export best. They are paeans to an idealised, quintessentially British past: the likes of Downtown Abbey, and Poldark. What about the future? Even Doctor Who, launched in 1963, draws its life-juice from national nostalgia, as does the rebooting of the 1980s smegathon Red Dwarf.

We are living in times of rapid, frightening and exhilarating technological societal change: an era like that when the science fiction genre was born. Good drama captures the public imagination in a way that documentaries struggle to, yet it requires real risk-taking. The BBC’s 1954 adaptation of George Orwell’s Nineteen Eighty-Four was so controversial it was debated in parliament. It’s well known that the Hitch-hikers Guide to the Galaxy radio series would never have got through on audience reactions, many of whom hated it.

So why do we have to wait until BBC America produces Orphan Black? The new series, which raises issues around the ethical implications of human cloning, and also around contemporary femininity, is exactly the sort of thing the corporation should be at ease with producing. While Doctor Who has ‘quaint’ appeal over the pond, it was Channel 4’s Black Mirror, now snapped up by Netflix, that won an International Emmy Award. Charlie Brooker’s series certainly did entertain, inform and educate, but it did so through making its viewers deliciously uncomfortable (especially now that the first episode looks like a prediction of ‘Pig-gate’).

BBC.com did launch a new section, BBC Future, in 2012, to explore and track technological and societal changes, with columns, features and short video content. It includes ‘Click’, the Beeb’s flagship technology programme. It also hosted the first World-Changing Ideas Summit in New York last year, gathering some of the world’s most interesting thinkers and innovators to explore ideas for the next generation. Superb, yet it would have reached a tiny fraction in its hundreds of millions of viewers. Now why not let this far-sighted approach influence the corporation’s programming?

We know that it is not only British viewers who turn to the BBC in moments of crisis. If the Director General wants to help shape “the greatest cultural force in the world”, the corporation needs not only to provide appealingly escapist visions of the nation’s past through its flagship dramas. With the Royal Charter in progress, the corporation is selling compelling, ambitious stories about its future. This has to include compelling, ambitious stories about the future of humanity.

Niki Seth-Smith (@NikiSethSmith) is a freelance writer and editor based in Greece.