Cover off the beaten track issues 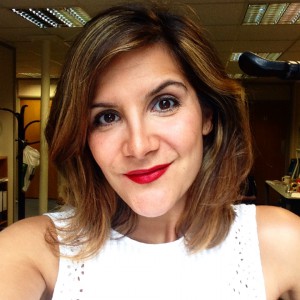 It has become something of a commonplace that as far as the BBC is concerned ‘if it ain’t Westminster, it ain’t worth it’.

But is that really what public service broadcasting is about? And how does the BBC’s audience feel about that?

As a social affairs reporter there isn’t a day that goes by without me uncovering a story of destitution and despair on the streets of Britain. These stories are not just about random, unlucky individuals – the one off eviction covered by local news or the guy who fell on hard times – but about entire communities affected by the big issues of our time: rising housing prices and mass evictions, closures to vital local services like libraries, nurseries and accident and emergency services. And these communities do not just watch on as things get worse. No, they debate and lobby, they collectively organise to provide alternatives in the event of losing resources they view as extraordinarily valuable.

Then there are the thousands of people who’ve marched around London or Manchester or Birmingham against war, climate change, and austerity. To often it seems they barely get a minute’s worth of airtime to share their views on what is right or wrong in Britain. Why does the BBC not give these people a voice? Why is it obsessed with ‘insiders’ nobody has ever heard of and gossip from the relatively dull corridors of Westminster? Given its resources and its heritage the could be so much better than this.

Public broadcasting should be about the issues that have people talking – from the Labour leadership election to the sell-off of council housing, rocketing rents to low pay.

News reporting that focuses 99% of its time on those who sit in Parliament provides a skewed vision of what Britain is like. It diminishes what both Britain and the BBC could be. The BBC has the responsibility to shine a light on the debates of the day – that shape the lives of nearly all of us – that means it will need to look beyond the Houses of Parliament.

Joana Ramiro (@JoanaRamiroUK) is a reporter with the Morning Star.