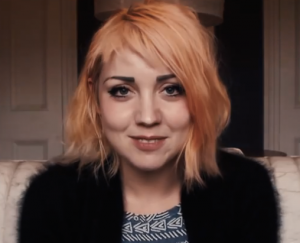 As he left BBC News for a mind-blowing payday with ITV, Robert Peston praised the public broadcaster’s “unrivalled commitment to objectivity, seriousness and relevance”. Barely anyone seemed to dispute that 18 months ago and yet now Peston’s comments look out of touch. Accusations of BBC “bias”, which would until recently have been dismissed as the ramblings of paranoid outsiders, are increasingly mainstream. The Corporation’s reputation for objectivity and seriousness is under attack. Scotland, where 48 percent of the pubic doesn’t trust it as a reputable news source, is the ground zero of that discontent.

Does the BBC deserve its disgrace? From their own perspective, their referendum coverage was “unbiased” simply because it afforded equal billing to both mainstream campaigns. One could debate the finer points of even that calculation, especially given Dr John Robertson – from the University of the West of Scotland – produced research showing a slight bias towards Better Together. Nevertheless, such subtleties are a matter of interpretation, and they distract from a more pressing issue: the total lack of interest by the BBC in the grassroots campaign for independence, a conversation which ended up dominating Scotland’s cultural life during the referendum’s final year. That tendency not only reflected the BBC’s  metropolitan disinterest in “regional affairs” but, as important, its contempt for working class life and politics.

As Peter Mullan has noted, the problem extends beyond news coverage, “BBC Scotland is terrified of class. I can’t remember their last big working-class drama. You can have working-class comedies, but drama? Nooo, even if it’s the criminal class, they get better suits and live in nicer houses.” In a golden age of realist television drama that has produced The Wire and The Bridge, BBC Scotland serves up shallow fare like Gary Tank Commander and deferential nonsense like Monarch of the Glen. The tragically departed Henning Mankell of Wallander fame was inspired by the likes of William McIlvanney, the Scottish crime writer responsible for the detective Laidlaw series. If BBC Scotland had even the faintest interest in class there would be a Laidlaw series commissioned already alongside, perhaps, dramatisations of A Dear Green Place and the works of Scotland’s working class literary avant-garde. And yet, nothing. That is simply not good enough.

So my big idea is this. Broadcasting should be devolved to Scotland, something that should have happened in 1998. After all, why should a nation that possesses its own parliament, health and educational systems, not have a publicly-owned broadcaster?

With a new Scottish Broadcasting Corporation, Scotland could harness its fantastic pool of home-grown talent to create groundbreaking television.

Without our own broadcasting powers we can’t hold our own leaders to account, nor enjoy the bountiful treasures of our nation’s creativity. Devolve broadcasting to Scotland, so that our television and film can challenge the democratic deficit and be worthy of our national literature. That’s the message the BBC needs to hear.

Cat Boyd (@Kittycatboyd) is a radical independence campaigner and columnist at The National.