Let’s have a Poem of the Day 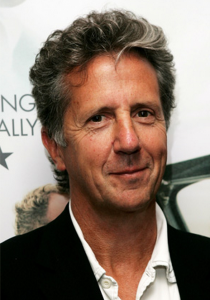 The BBC is good at marking National Poetry Day. This year, there was both a Radio 4 Day of Poetry and a number of excellent documentaries on BBC4, featuring Philip Larkin, Ted Hughes and Tony Harrison.

Now it’s time to take this interest further and let poetry become not only an annual event but a daily one. Nothing would expedite that shift quite like a featured Poem of the Day. The Today programme would be an obvious place for it, with a regular time-slot – as with Thought for the Day – so listeners know when the poem is coming up. The slot would be a short one, at least to begin with, featuring poems of up to twenty lines, say, that take no more than a minute to read. Brevity appeals to radio audiences, as The Listening Project has shown.

The daily poem, perhaps accompanied by a photo and short biography of the poet, would also feature on the BBC website, so that the text can be read as well as heard. For poems from earlier centuries, actors would have to be used. Otherwise, let’s hear poets reading their own work – many recordings already exist at the National Poetry Archive.

Poem of the Day wouldn’t be an expensive project to run. Nor would it be difficult to organise. The featured poem would provide a breathing space or resting point between longer news items; or illuminate the world we live in as insightfully as reportage does. Andrew Marr’s recent history-cum-anthology We British started the ball rolling. Now let’s see the BBC develop the idea, and show the wealth of poetry that has emerged – and is still emerging – from these islands and beyond.

Blake Morrison is a poet and author.