Remove precarity from the creative process 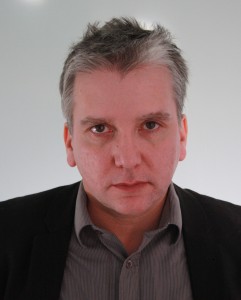 The last thirty years have been an unofficial experiment in finding out what happens when you deprive writers, artists and musicians of security. The answer is now pretty clear: cultural stagnation. Neoliberal ideologues claim that ‘market discipline’ and ‘competition’ produces innovation. But what has happened to the BBC immediately gives the lie to this. The more that the BBC has fallen prey to a market logic, where it sees itself as competing with private providers, the less bold, challenging and original its programming has become.

At its best, the BBC was historically committed to the idea that new and experimental cultural forms could be popular. But popularity takes time to build; the taste for the new has to be created. The BBC’s greatest achievements – in comedy, as much as in serious drama – came about because writers and producers were protected from the pressure to be immediately successful. It was only when they were relieved of this pressure that they could take risks. Now, with short-term contracts and outsourcing, the tendency is for producers to replicate already successful formats ad nauseam.

In order to once more be a credible and distinctive force in broadcasting, the BBC must create a space where writers and producers can experiment and take their time. This must involve once again opening up prime-time to new writers committed to engaging with contemporary culture in untested ways. One way to do this might be a new version of the highly successful Play For Today format.

Creativity don’t just emerge from nowhere, it has to be worked on. That is why the Corporation should offer long-term contracts to young writers without stipulating in advance the nature or quantity of outputs necessary to produce. That would generate a space for thought, reflection and absorption in a neoliberal culture presently dominated by attentional erosion, short-termism and precariousness. The BBC has contributed to this kind of culture for long enough; time to start providing an alternative to it.

Mark Fisher is a writer and cultural theorist.