Use BBC Four as a platform for visual artists 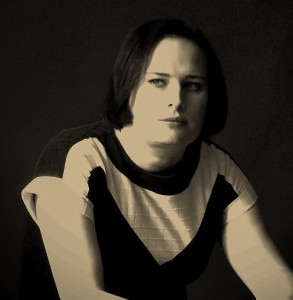 My idea is that BBC Four be used as a platform to develop new film and video by artists from Britain and overseas, bringing their works to new and larger audiences while allowing them to realise their ideas on a larger scale, through production or co-production with relevant organisations.

In the 1980s and 1990s, broadcasters often worked with radical filmmakers. Sometimes, they were invited to interrupt regular programming: William Raban, John Smith and Nicky Hamlyn contributed to the ‘One Minute TV’ strand of BBC2’s Late Show; Wendy Kirkup and Pat Naldi made Search for Tyne Tees, a set of twenty 10-second sequences shown during commercial breaks, captured from a synchronised walk around Newcastle’s CCTV system. Meanwhile, Channel 4 often showed films by avant-garde artists, LGBT people and ethnic minorities when it first launched, and later helped to fund and produce feature-length films such as Patrick Keiller’s London (1992) and Derek Jarman’s Wittgenstein (1993).

Works were frequently buried in accessible timeslots, before such programming gave way to concerns about ratings and advertising revenue. Now, artists’ works are rarely seen on TV at all, despite their clear potential to intrigue and excite viewers. While the move to a digital environment makes questions about broadcast times less pressing, arguing that such works be made available solely online is insufficient – the BBC could offer a starting point to people who did not even know that they were interested, especially those distant from the few cinemas that screen them.

Co-production would fit the BBC’s remit to make the majority of its own programming, and would likely lead to some great new work. Ultimately, the BBC’s freedom from commercial concerns should mean that the public interest in supporting Britain’s rich film and video art scene should trump any fixation with viewing figures: there are other ways to judge cultural worth besides such numbers, and the Corporation should not neglect audiences whose ideas of ‘entertainment’ do not fit narrow parameters.

Juliet Jacques (@JulietJacques) is a journalist and writer.