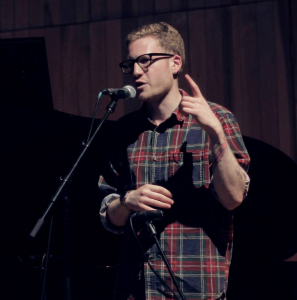 “It is that time again – when bickering between Tube bosses and union kingpins bring the London Underground to a juddering halt, and the streets of the city resemble a termite mound that has been poked with a big stick.”

So began a BBC online article, written by Ed Davey, which promised readers the “facts to know” about recent strikes on the London Underground.  There was barely a pretence of impartiality, and almost no effort to explain what the grievances behind the strikes actually were.

In fairness, other articles at least attempted to report the substance of the dispute. And yet, regrettably,  this was usually done while applying lazy frames, such as describing the issue as a “row”, suggesting a kind of pointless tiff between two opposing parties that should just be gotten over. Almost always that would be followed by a couple of quotes from union leaders cribbed from press releases.

These are, perhaps, particularly egregious examples. Yet it is undeniable that our strikes are held in special contempt by most of the media. That is part of a bigger story, with the BBC’s coverage of Tube strikes consistent with its wider reporting of industrial relations. Here strikers’ voices are rarely heard, and the workers’ case is communicated only through truncated interviews on the evening news or clipped quotes from press releases. While recent BBC coverage of the closure of the Redcar SSI plant did feature some interviews with workers, the framework within which the story was presented remained that of  a “business” issue.

For those 1700 people in the North East set to lose their jobs, it is anything but.

For what its worth, I think it’s unrealistic to expect even a democratically-invigorated, more progressive BBC to take the unions side in its coverage of industrial relations. That is why the labour movement needs its own media. Ultimately, our aspirations should be to create a contemporary equivalent of the media production of Chartism, the mass workers’ movement of the 19th century.

But what we can demand of the BBC in the here-and-now, beyond a basic degree of journalistic rigour that attempts to at least report the reasons why a strike is taking place at all, is coverage that understands industrial disputes as expressions of genuine conflict between employees and employers— that is, something more serious than “bickering” — and which does not treat workers either as sheep or puppets manipulated by “union kingpins”, or as walk-on cameos in stories that are really about our bosses.

How to achieve this? A start might be to reinstate the now almost extinct role of labour and industrial correspondents: print and broadcast journalists whose responsibility – in a bygone age – was to exclusively cover industrial relations. That function has now almost entirely been absorbed by “business editors”, a turn which inevitably gives primacy to the actions, interests, and perspectives of the employer. A strange state of affairs for a public service broadcaster you might think.

The extinction of industrial and labour correspondents over the last three decades was largely justified by the decline in the level of industrial conflict, combined with the dramatic shrinkage of the labour movement itself (currently around 50% of the size it was at its height in 1979). But those trends are not irreversible, and besides, BBC industrial correspondents could do more than simply report on strikes. Trade unions remain the largest mass movement in Britain. If our national public service broadcaster is to remain in any meaningful sense “popular”, it must treat workers  – and our movement – as conscious actors.

Daniel Randall (@TheRubyKid) is a railway worker and an activist in the RMT union.