Be the world’s broadcasting station 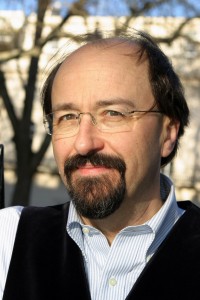 We all know that the BBC has good overseas coverage, and it is hard to find anyone who thinks the World Service is anything other than both broadcasting and freedom-of-information gold. As a true public service in the age of globalisation, however, the BBC should now aspire to be something more: to be truly the world’s broadcaster, bringing the world to British audiences, bringing Britain to world audiences, but above all being the unmatched reporter and analyst on world affairs—political, economic, social, scientific, cultural—for audiences all over the globe.

What this means is more than just providing good reports from Gaza, Ukraine or Syria to the Ten O’Clock News, more than just fitting in the odd star-presenter-takes-a-train-around-India series or documentary.

It means showing people truths they don’t know they want, explaining puzzles they didn’t know existed, exposing unreported conflicts. It means connecting the dots across countries in the way in which they deal with contemporary problems such as ageing societies, climate change, education, migration, technology and all the rest. It means taking a global approach to journalism, which is what the BBC is about, rather than a Britain-Plus approach.

It means taking a pass on ratings and instead broadcasting a film on the rise of the National Front in France, or the corruption crisis in Brazil, or the environmental crisis in China, and not hiding it away late at night on BBC Four. It could mean taking some of the best programmes on BBC World, such as the Dateline debates among London-based foreign correspondents, and showing them on a domestic BBC channel too.

It means playing to the BBC’s greatest journalistic strength, and to the strength of its brand worldwide. It would appeal to the Vice generation if presented unstuffily. And it would offer a genuine 21st century version of the BBC motto: Nation shall speak peace unto nation.

Bill Emmott @bill_emmott is a writer and consultant with columns in La Stampa and Nikkei Business, chairman of the London Library and co-author of the documentary Girlfriend in a Coma